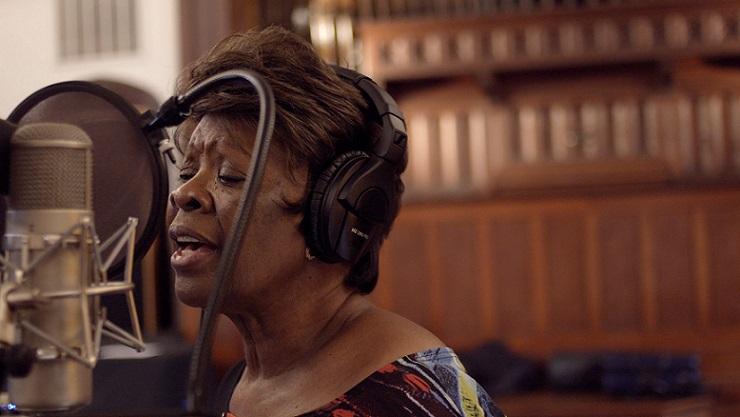 “I’m absolutely thrilled to come back to New Orleans and screen the film with all the artists, crew members and community members who supported this project,” said director Ben Chace. “It was a labor of love made during a particularly intense period of my life, and the world. I can’t wait to bring it all back full circle and celebrate this work with the people who made it happen in the city which inspired us. To follow the screening with performances from the subjects will be an incredible culmination of all the work we put into it. Many thanks to NOFF and NOFS for the opportunity!”

In celebrating the closing of NOFF2022’s in-person screening with Music Pictures, NOFS invites All Access passholders to the closing night celebration at the Jazz Market following the screening, with special performances from the Tremé Brass Band, Little Freddie King, and Marley Marsalis, granddaughter of the late Ellis Marsalis, who will perform a piano tribute to her grandfather.

Music Pictures gives us four legacy portraits of New Orleans music figures Irma Thomas, Little Freddie King, Benny Jones of the Tremé Brass Band, and the late Ellis Marsalis. In their 80s, we see these local masters continue their love of music in the city that made them who they are.

Festivalgoers can purchase an All Access Pass, good for admission and priority entry to in-person screenings and the NOFF Virtual Cinema, parties and receptions, panels, and events; or purchase individual tickets for each screening. Individual tickets for in-person and the Virtual Cinema go on sale to NOFS members on October 14, and to the public on October 21 at neworleansfilmfestival.org.

The NOFF Virtual Cinema will run from November 3-13 and offer nearly all 130+ films in the festival lineup! Film lovers can buy a Virtual Pass For One or a Virtual Household Pass to watch all films in the lineup throughout the festival; a Six Film Pass to watch any six films virtually or in-person or buy individual tickets for each virtual screening. Heavily discounted Student and Teacher Passes are also available.

New Orleans Film Society members receive $50 off All Access passes, $3 off in-person screening tickets, and $2 off NOFF Virtual Cinema tickets. Now is the perfect time to become a NOFS member and save with these great benefits! Sign up for membership here.

All festival transactions will be contactless; cash or check payments will not be accepted–– acceptable forms of payment include credit and debit cards, and Apple and Google Pay. Click here for more details.

ABOUT THE NEW ORLEANS FILM SOCIETY

The New Orleans Film Society (NOFS) discovers, cultivates, and amplifies diverse voices of filmmakers who tell the stories of our time. Founded in 1989, NOFS produces the Oscar®-qualifying New Orleans Film Festival annually and invests year-round in building a vibrant film culture in the South to share transformative cinematic experiences with audiences, and connect dynamic filmmakers to career-advancing resources. Year-round programming includes free and low-cost screenings for members and the broader community of cinephiles in New Orleans, a 20-year running French Film Festival featuring contemporary and classic French cinema, and filmmaker professional development programs created to nurture diverse voices in filmmaking in the American South. NOFS is a 501(c)(3) organization.