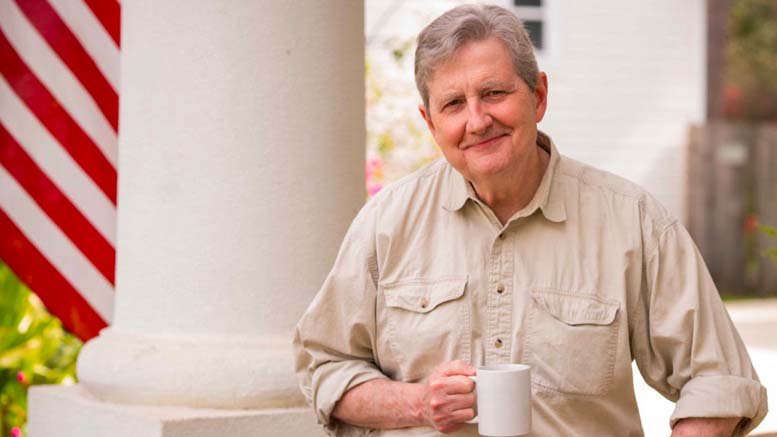 Image courtesy of the Republican Party of Louisiana.

BATON ROUGE — Senator John N. Kennedy has officially announced that he is running for re-election!

Senator Kennedy will be on the ballot in 2022. He is a tireless advocate for all Louisianans and is among the few in Washington D.C. who have remained true to their conservative values. Senator Kennedy has kept his promises!

“Five years ago, I made a promise, a promise that I took seriously. I told you that I would work to put our country back on track and make America great again. In the last five years, we’ve accomplished a lot, but now the socialists are racing to undo it all. So, my job—our job—isn’t finished. Today, I’m announcing that I’m running for re-election for the United States Senate.

With this announcement, I want to make you a new promise: I promise that I will always be your voice during the good times and the bad. I promise I will be a voice against the socialism that’s now overtaken Washington, D.C. I promise that—come hell or high water—your values will be my values, and I will never be silent—never—when the nut jobs tell me to sit down and shut up.”