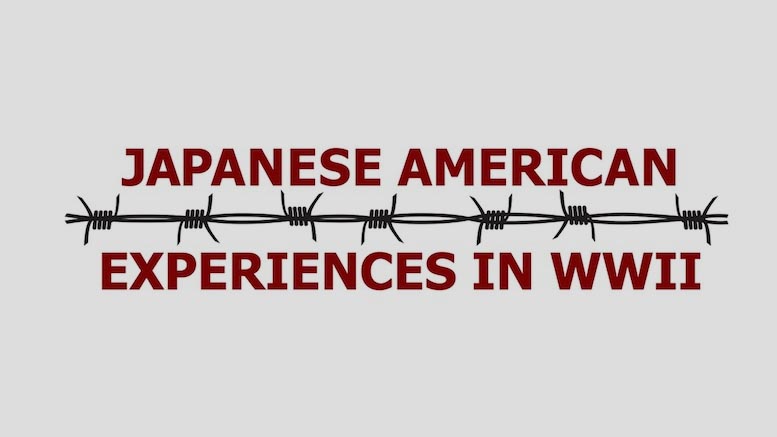 NEW ORLEANS – On May 13, The National WWII Museum will host the Japanese American Experiences in World War II Electronic Field Trip that will take classrooms across the country on a virtual journey to explore this critical chapter of WWII and American history. This live, free and interactive webcast for students—airing live at 9:00 a.m. and noon CST and then available for on-demand viewing—will feature student reporters based in California and New Orleans who will hear firsthand accounts of Japanese Americans who were forcibly removed from their homes and incarcerated during the war as a result of Executive Order 9066. Through the exploration of historical landmarks and museums, students will encounter stories of injustice and perseverance.

At the heart of the program will be an interview between Amy Mass, who was incarcerated at Heart Mountain as a child, and her grandson Ryo. Interwoven with Amy’s firsthand testimony will be a visit to the Museum for an up-close look at primary sources and artifacts, and an interview with Baton Rouge resident Walter Imahara, who was incarcerated at Rowher and Jerome, Arkansas, as a boy. Students will also review the decision of young Nisei men—more than 30,000 who joined the military—to serve their country even as they faced serious injustices that uprooted their lives and the lives of their families. The 100th Infantry Battalion/442 Regimental Combat Team mainly comprised of Nisei men became the most decorated unit in our nation’s history for its size and length of service.

Students will be able to ask questions and answer polls live, and they will be guided through the program by host Scott Fujita—Super Bowl-winning former NFL linebacker and beloved member of the New Orleans Saints—who currently serves as Head of School at All Saints Day School in Carmel, California. Fujita’s father, Rodney, was born in Gila River incarceration camp during World War II, and his grandfather served in the all-Nisei 442nd Regimental Combat Team.

Fujita will be joined by Erin Aoyama, a doctoral candidate in American Studies at Brown University whose research examines the afterlives of Japanese American incarceration and redress, with a particular focus on intersections between Japanese American communities and the Black freedom movement. Aoyama is a yonsei whose family was incarcerated at Heart Mountain in Wyoming during World War II. Her grandfather served in F Company of the 442nd Regimental Combat Team.

“We are particularly excited about this field trip because so many of people involved in this production have a direct family connection to this story,” said Chrissy Gregg, the Museum’s Director of Distance Learning. “This is the first time we’ve had a student reporter interview their own grandparent about their experiences in camp. An important way to make the stories of World War II relevant to younger generations is to show how historic events still impact people today. I hope this program helps draw those parallels between past and present.”

This project was funded, in part, by a grant from the U.S. Department of the Interior, National Park Service, and Japanese American Confinement Sites Grant Program. Support was also provided by the Dale E. and Janice Davis Johnston Family Foundation. The program is being filmed and edited by the Japanese American Memorial Pilgrimages (JAMP) who coordinate and manage the pilgrimages to 10 featured incarceration sites.

Visit the Museum’s website to register your classroom or family for the Japanese American Experience in WWII Electronic Field Trip or to learn more about the Museum’s distance-learning initiatives. Students can send video questions in advance of the broadcast on Flipgrid. No special technology is required for this field trip. Designed for grades 6-12.

Published in Education, Events and History