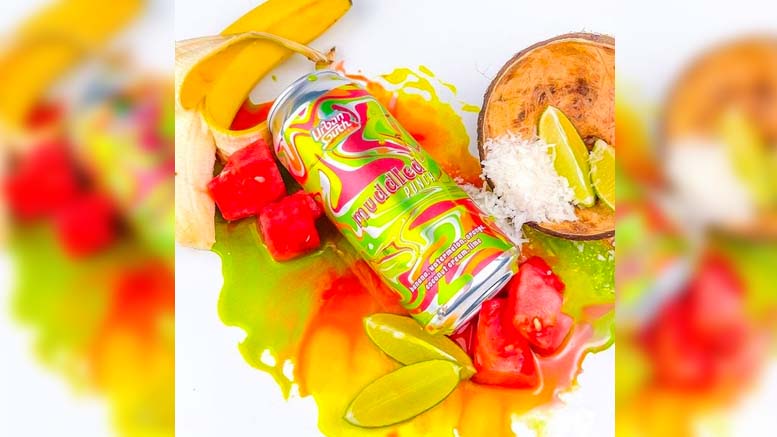 “Cocktails are a big part of New Orleans’ history, and we like to keep that in mind when we’re experimenting with our taproom release beers,” said Alex Flores, Head Brewer at Urban South Brewery. “We’ve played around with different types of mint to create something similar to a mojito, worked with nutmeg to match the more savory, tropical-inspired cocktails, and ultimately have landed on some truly innovative, delicious options that we hope our fans will enjoy.”

The Muddled series kicked off in May with the release of Blue Hawaiin, a vibrant, tropical sour featuring coconut cream, pineapple juice and Blue Curacao. In June Muddled: Passionfruit was introduced, blending passionfruit, Cara Cara orange, lime juice and mint for a mojito-inspired beer. July saw the release of Muddled: Punch, an apricot, pineapple, orange juice and guava punchbowl style sour, and Muddled: Fuzz, a play on a fuzzy navel with lots of peach complemented by banana and orange. On August 12, Urban South will release the next installment in the Muddled series: another punchbowl variant, this time using banana, watermelon, orange, lime and coconut cream. More Muddled beers are scheduled to be released in September.

Beers in the Muddled series are currently available on draft or in 16 ounce four-packs at Urban South’s New Orleans taproom. Beers are available to purchase online for in-person pickup at urban-south-brewery.square.site.

To stay up to date on the latest Muddled releases, follow along on social media (@urbansouthbeer).