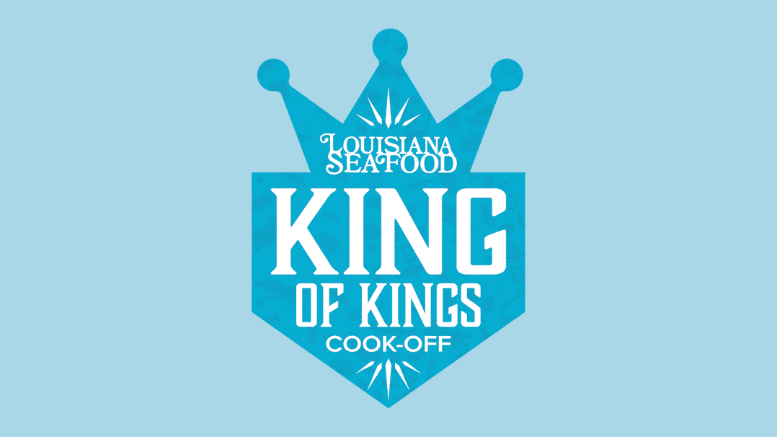 “This year’s Louisiana Seafood Cook-Off will be a great opportunity for us to recognize our past culinary royalty as they compete for the ultimate title of King of Kings,” said Lieutenant Governor Billy Nungesser. “As people begin to travel again, we want to promote our Louisiana chefs and locally-owned restaurants to the visitors we are ready to welcome back to the state. We want to highlight the re-opening of our restaurants and showcase that Louisiana is a place where you can Feed Your Soul. There’s no better way to do just that than by having some of the best chefs throughout the years of the Louisiana Seafood Cook-Off cook up some of the best seafood in the world found right here in our state.”

Past winners of the Louisiana Seafood Cook-Off competing this year include:

On Monday, June 21, an opening reception will be held for the past champions during which each chef will draw for a spot to determine the cooking order. Additionally, each chef’s “mystery ingredient” will be determined by a random draw that night though the ingredient will not be revealed until they are already cooking.

The winner of the 2021 Louisiana Seafood Cook-Off will earn the title King of Kings as we take time to reflect on the many successful years of the event and gear up for an even more successful future. Chef Robert Vasquez, our 2020 King of Louisiana Seafood, will represent the state in the 17th Annual Great American Seafood Cook-Off in New Orleans on August 7, 2021, in conjunction with the Louisiana Restaurant Association Showcase at the Morial Convention Center.

“After the year we have been through, it is encouraging to be hosting the Louisiana Seafood Cook-Off in conjunction with the EatLafayette kickoff in person this year. The collaboration has helped take our popular Taste of EatLafayette event to another level, while providing great exposure for our area, chefs, and restaurants as well as the cook-off and EatLafayette,” said Ben Berthelot, Lafayette Travel President and CEO. “Many previous winning chefs have also been from our area, which further validates holding the event in the heart of Cajun and Creole Country; home to an exceptional food scene. We appreciate Lt. Governor Nungesser’s continued confidence in our area to put on a first-class event, and we encourage everyone to get their tickets early.”

It all gets underway at 5:30 p.m. on Tuesday, June 22, with the LASCO: King of Kings crowned around 8:00 p.m. For more information and to purchase your ticket to the 20201 Louisiana Seafood Cook-Off: King of Kings and the Taste of EatLafayette, visit Louisiana Seafood Cook-Off Tickets or EatLafayette/events. One ticket will get you into both events.

Over the next couple weeks, Louisiana Seafood will release vignettes on Facebook of each past LASCO champion to catch you up on what they have been doing since winning the crown.

Published in Events, Food/Beverage and Government