The Virtual Show Will Go on With Annual Greasing of the Poles Reimagined, Mardi Gras MASKerade theme 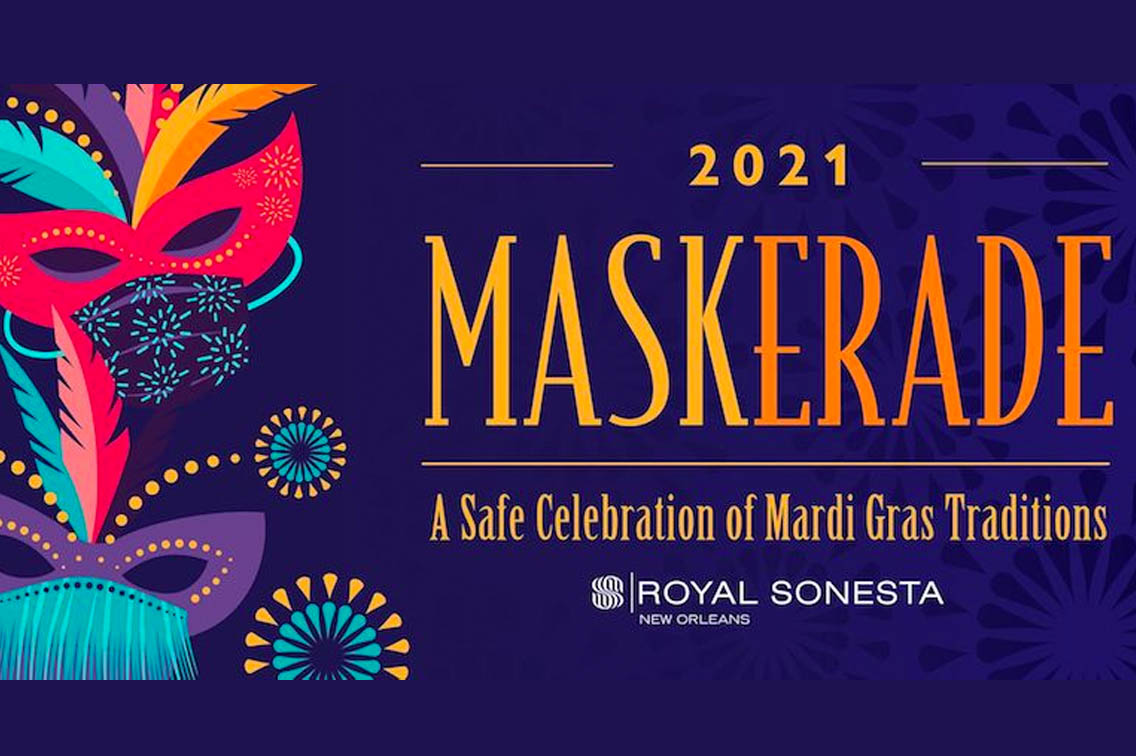 NEW ORLEANS – Royal Sonesta New Orleans will host its annual “Greasing of the Poles” at 10 a.m. on Friday, Feb. 12 as a virtual event, with audiences invited to join the revelry via a watch party on the hotel’s Facebook page.  This year’s theme, “Mardi Gras MASKerade,” incorporates the importance of safety into an event made famous by irreverent, audacious performances.

A cultural cross selection of contestants representing the distinct character of New Orleans will compete for the coveted title of 2021 Greasing Champion, showing off their talents for virtual audiences from around the world. This year’s contestants, all masked and socially distanced, include the number one burlesque figure in the world Jeez Loueez; WWL-TV reporter and host of “Great Day Louisiana” Malik Mingo; local entrepreneur and owner of Fringe + Co Kelsey Campion; and, for the first time in the event’s history, one lucky local will win a chance to showcase their greasing skills.

Through Feb. 3, contestants can enter to become a 2021 Greaser by submitting a video on Instagram featuring their best family-friendly Mardi Gras dance moves and tagging @royalsonestaNO. Local burlesque star, cultural ambassador and emcee for this year’s event Trixie Minx will announce the lucky winner on Feb. 5 via her Instagram @trixienola and will be shared on the hotel’s social media channels @royalsonestaNO.

Celebrity judges, all masked and socially distanced, include weekend host of WGNO-TV’s “News with a Twist” and reigning 2020 Greasing of the Poles Champion Kenny Lopez; candidate for Louisiana’s second congressional district, founder of Badass Balloon Co., and 2019 Greasing of the Poles Champion Desiree Ontiveros; and renowned local musician and frontman of Big Sam’s Funky Nation Sam “Big Sam” Williams.  Select members of local Mardi Gras Krewe the Merry Antoinettes will add their distinct flair and cheekiness to the virtual festivities.

Contestants will go head-to-head and pole-to-pole for the namesake task, each vying for the first-place title of 2021 Greasing Champion based on the judging panel’s scores. Watch party viewers who tune in to the virtual event via the hotel’s Facebook page @royalsonestaNO can cast their votes for the “People’s Choice” award by submitting the name of their favorite Greaser in the comment section at any time during the live stream.  In honor of this year’s Mardi Gras MASKerade safety theme, additional titles will be awarded by the judges to the Greasers who show off their best “Safe But Not Safe For Work” and “Sanitized But Not Clean” performance skills.

Greasing of the Poles is considered by many to be the French Quarter’s official kickoff to Mardi Gras weekend. Royal Sonesta New Orleans originated the ritual of greasing the building’s support poles as a practical means to deter overzealous revelers from shimmying up to the coveted balcony space. Over half a century later, the practice has evolved into a star-studded and music-filled event, even spawning its own international fan club that will be joining this year’s virtual celebration from their home country of Switzerland.

WHAT: 51st Annual Greasing of the Poles, Reimagined as a Virtual Celebration

WHY: Mardi Gras MASKerade ensures the show will go on, safely!

Published in Events and Holidays