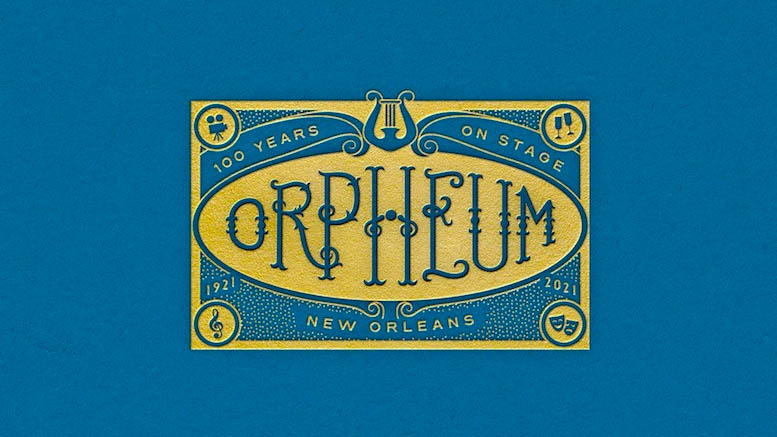 NEW ORLEANS — New Orleans’ performing arts venue the Orpheum Theater on Sunday announced its 100-year anniversary. To commemorate the momentous event, the four-story Beaux Arts theater, located in the Central Business District, has launched a new social media campaign called, “100 Years in 100 Days,” aimed at celebrating the venue’s history through daily posts on Facebook and Instagram. As a part of the initiative, the Orpheum is calling on the public to share their personal stories and memories of the theater, which it plans to selectively feature in the campaign, along with posts of historical, architectural, and artistic significance.

“We’re thrilled about reaching this important milestone,” said Eric George, MD, owner of the Orpheum. “The Orpheum has been a beacon of the performing arts in our community. In celebrating this historic event, it only makes sense to get our valued patrons involved. They have been and are the reason for our existence.”

Since announcing the call for submissions, the Orpheum has already received dozens of personal stories from people throughout the community, said George.

“The participation has been wonderful. Reading these messages, you understand the unique significance of the Orpheum to our community. You read about a mother’s favorite memories from her daughter’s wedding. Or about a former college student’s recollection of working at the theater in the 1980s and sneaking down into the basement to peruse a music library during his breaks. It provides a fascinating window,” said George.

Construction on the Orpheum Theater began in 1918 and would total $600,000. Its grand opening as a vaudeville theater on February 7, 1921, was met with praise from owners of the leading vaudeville company in the United States, who heralded the venue as the perfect showplace for high-quality vaudeville. Designed by prominent architect G. Albert Lansburgh of New York, the theater became one of three early-twentieth-century “movie palaces” in Louisiana and widely known for its unique terra cotta design. Over time, the theater would undergo numerous transformations, including a full renovation in 2015, when it reopened under new ownership. Among the new updates, an adjustable orchestra floor was added to the theater, making it suitable for hosting events such as conferences, weddings, and celebrations, in addition to performances.

“Our reopening in August 2015 was historic,” said George. “It was 10 years to the day since Hurricane Katrina. And it was after the theater had fallen into disrepair. I see parallels between our reopening then and this anniversary. With the pandemic, we are coming off one of our most difficult years as a venue. Yet, despite the tumult, we find hope in the occasion, a reason for celebration and gratitude.”

For consideration in the social media campaign, the Orpheum is accepting submissions at media@orpheumnola.com, as well as encouraging the public the share stories via social media using the hashtags, #Orpheum100 and #100years100days. The theater requests that all submissions include specific details as well as photos or videos if available.

Published in Arts, Culture/Society and History