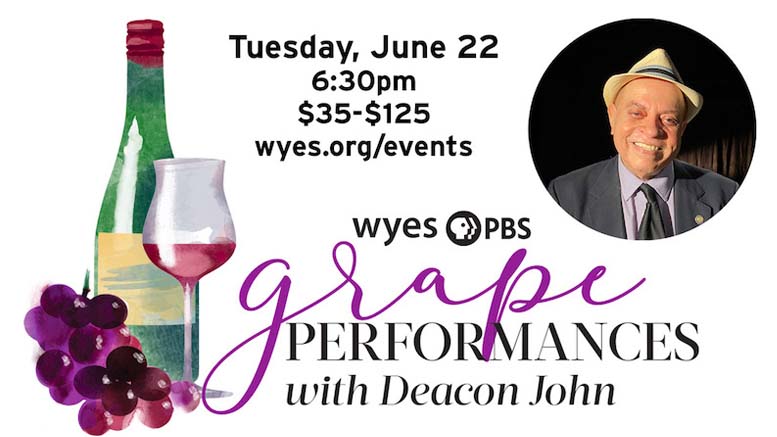 NEW ORLEANS – Were you one of the lucky ones that got to see Deacon John and The Ivories perform at the Dew Drop Inn? WYES will host a one-hour tribute to the New Orleans music legend Deacon John during WYES GRAPE PERFORMANCES WITH DEACON JOHN on Tuesday, June 22, at 6:30 p.m.

In between each performance, James Moises, owner of Bizou Wines, will offer insight into each bottle of wine. Those participating can purchase a ticket that includes three bottles with pick-up and shipping options from $85-$125. There is also a ticket price to ‘watch only’ for $35.

Order deadline for shipping in and out of state is Tuesday, June 15. Order deadline to pick up at Vino Fine Wines and Spirits, 1124 S. Carrollton Ave., New Orleans is Monday, June 21.

For all event details and for tickets, go to wyes.org/events.

Published in Culture/Society, Events and Music