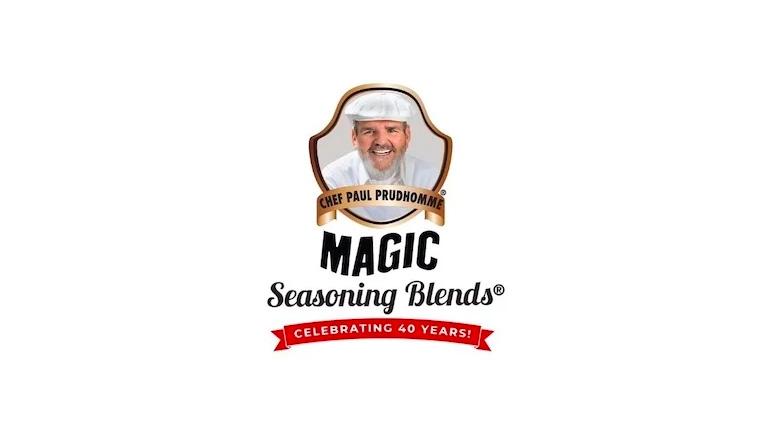 NEW ORLEANS — Chef Paul Prudhomme, the celebrity chef who kicked off an international appetite for Louisiana cuisine, found a new creative outlet in 1982 when he launched his line of all-natural seasonings, originally blended for restaurant use.

His “Good Cooking, Good Eating, Good Loving” philosophy brought Chef Paul from a farm in Opelousas, Louisiana, as the youngest of 13 children, to world renown for his ability to blend the right spices for the right taste.

Chef Paul’s appreciation for the magic of good food started during family meals. “I would watch my brothers and sisters sit down at the table. Everyone was talking and having a good time and I remember thinking food did that.”

With a desire to travel and learn the restaurant business Chef Paul left Opelousas, honing his skill in restaurants around the country where he was exposed to different cooking styles, techniques, and ingredients. Eventually, he returned to Louisiana, becoming the first American-born executive chef at Commander’s Palace in New Orleans. In 1979 he opened K-Paul’s Louisiana Kitchen with his wife Kay Hinrichs. The seeds of the seasoning company were soon planted in the 64-seat French Quarter restaurant.

When customers asked to purchase the intricately flavored seasonings that were the hallmark of the restaurant’s cuisine, the kitchen staff put together small foil packets filled with custom mixes. As demand grew Chef Paul moved the seasoning operation to a little warehouse and hired people to mix the spice blends. A new company was born.

Today at the 125,000-square-foot Magic Seasoning Blends plant in New Orleans, Chef Paul’s flavorful dry mixes, rubs, and Magic Pepper Sauce are blended from the best herbs and spices on the market and shipped to all 50 states and over 40 countries around the world.

Chef Paul was the creative force behind Magic Seasoning Blends, working in a research and development kitchen in the backyard of his home in New Orleans’ Bywater neighborhood. His innate taste for the perfect blend and an understanding about where flavor hits the tongue and how it travels through the mouth added magic to the company’s products.

“The thing that I love the most is doing seasoning formulas,” he said. “I want every seasoning blend that goes out to be the best it can be.”

Until his death in 2015, Chef Paul traveled the world sharing his passion for food and teaching people how to enjoy bold flavors. Forty years after the company’s humble beginnings, millions of customers still depend on Chef Paul’s Magic Seasoning Blends to bring excitement to their meals, continuing his mission to bring families together at the dinner table.