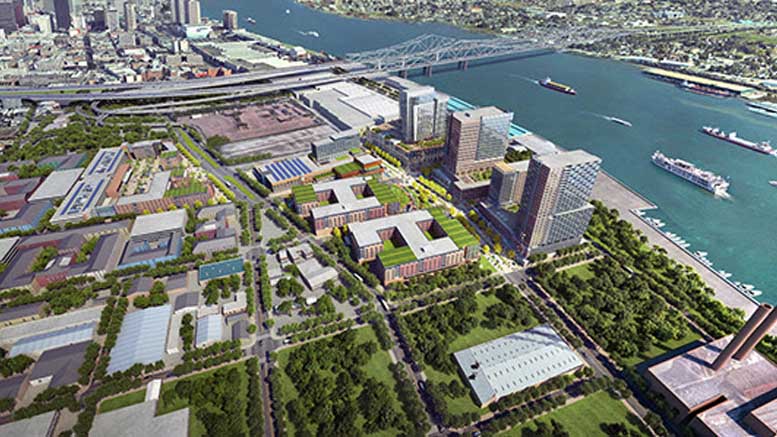 NEW ORLEANS — The New Orleans Ernest N. Morial Convention Center is pleased to announce that HVS Convention, Sports, & Entertainment has completed a hotel market study to determine the viability and advantages of a proposed Convention Center Headquarters Hotel. The goal of the project is to enhance the ability of the Convention Center to compete with other “tier 1” convention destinations such as Chicago, Orlando, Las Vegas and Atlanta, all of which have connected hotels.

“Building a new hotel right here on our campus will be a major benefit, not only to the New Orleans Ernest N. Morial Convention Center but also to our clients,” said Convention Center President, Michael J. Sawaya. “We are encouraged by the findings of this updated HVS study and look forward to the day a new hotel will give our guests and event attendees the convenience of having top-notch accommodations on site.”

An update to a 2018 study for a 1,200-room headquarters hotel, the new HVS study considered both 600 and 900-room options, with 50,000 square feet of event space on property located adjacent to the convention center.

The study uses the assumption that the hotel would open in 2027 and concluded that a 600-room hotel is the most viable and would be an important addition to the lodging market. A 900-room hotel could also be profitable before debt payment. After the hotel’s stabilization in 2030, annually, the hotel is expected to induce 96,000 net new room nights in the market, generate $122 million in new direct spending, support 1,100 new jobs and contribute over $14 million in new hotel, sales and property taxes. The new hotel would also produce an estimated 26 new events at the convention center per year.

For more information on the impact study and future hotel development, contact Kara Nelson at knelson@tegpr.com.