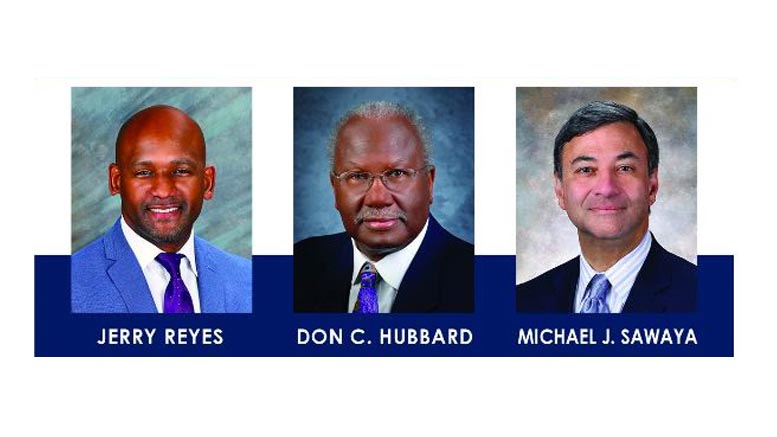 Jerry Reyes is a seasoned hospitality professional with more than 20 years of hotel industry experience. He is an MBA graduate of the University of New Orleans, where he serves as an Adjunct Professor in the Hospitality Administration Department. Mr. Reyes currently serves as the General Manager of the Westin Canal Place Hotel, a position he has held for three years. Under his leadership, the Westin recently completed a $30 million revitalization including renovations to all 462 guestrooms and suites, architectural improvements, and an interior redesign. He also hosts a podcast about the industry with his identical twin brother called “The Hospitality Twins.”

A 43-year veteran of the hospitality industry, Michael J. Sawaya came to New Orleans in 2018 from San Antonio, TX. Since his arrival, he has been a shepherd of the New Orleans events industry, embarking on an ambitious $557M five-year capital improvement plan – the largest in the facility’s 37-year history. Under Mr. Sawaya’s leadership, the New Orleans Ernest N. Morial Convention Center was named as a National Top Workplace for 2021, the only convention center in America to hold that title.

“I believe I can speak for Jerry and Don when I say that we are honored to be listed as three of New Orleans CityBusiness’ most influential people in the New Orleans Tourism and Hospitality industry,” says Michael J. Sawaya, Convention Center President. “It is through the collaboration of these talented individuals that the New Orleans Ernest N. Morial Convention Center is uniquely positioned to thrive in a post-pandemic environment. Our work on the Ernest N. Morial New Orleans Exhibition Hall Authority is turning heads and blazing a trail that is sure to be an example for the tourism industry not only locally, but nationally as well.”

You can read more about the Power 25 list in the April 23rd edition of New Orleans CityBusiness, and on their website at www.NewOrleansCityBusiness.com.