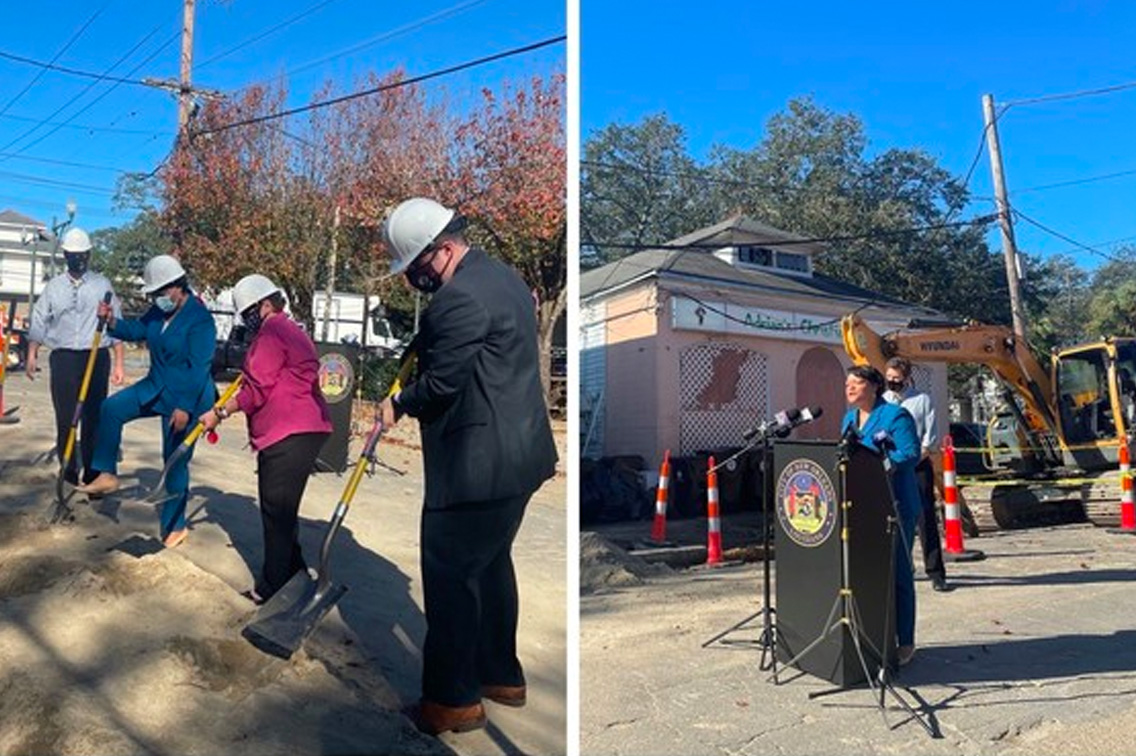 NEW ORLEANS — The City broke ground today on the $6.1 million FEMA-funded City Park Group A project in District A. The funding is split nearly in half between the Department of Public Works at $3.3 million and Sewerage and Water Board at $2.8 million.

“This is one of our larger projects in the City Park neighborhood, and it is another example of how we have prioritized infrastructure improvements across the City of New Orleans,” said Mayor LaToya Cantrell. “It will activate $6.1 million worth of infrastructure dollars of our larger spending on roadwork.  We have been intentional about moving these projects, and we know this will bring overall improvement into our neighborhoods and better streets for our city.”

“I am extremely proud of the collective work and commitment from The Department of Public Works and the Sewerage and Water Board, led by Mayor Cantrell, to keep these critical infrastructure projects moving during a global pandemic,” said Ghassan Korban, Executive Director, Sewerage and Water Board. “It is a testament to our unyielding dedication to the people of our great city.”

“These projects show our commitment to improving infrastructure, which in turn improves the quality of life for all residents,” said Joseph Giarrusso, District A Councilmember. “This project, in tandem with additional drainage improvements slated for the Navarre neighborhood, should reduce the burden of heavy storms near City Park. I’m excited to see the City Park Group A project finally come to fruition.”

“Since day one, the Cantrell administration has kept infrastructure as one of our top priorities. This City Park Group A joint infrastructure project shows that commitment. This beautiful community is getting more than sixty new blocks of streets and subsurface infrastructure, with the work underway since the early fall,” said Ramsey Green, Deputy CAO for Infrastructure.

“We’ve completed nearly $40M in projects in Council District A and have another $100M in construction now right here in this district. Throughout this city, and despite a pandemic and eight storm threats, our infrastructure team and contractors have kept the work going. Please drive slowly when you see workers on the side of roads. They’re out there for you, to make your city a safer, more beautiful place.”

Construction began on the project in September 2020 and will include work on waterline replacements, roadway repairs, and installation of Americans with Disabilities Act-compliant curb ramps at intersections. The project will impact 21 different streets and 64 individual blocks in the City Park neighborhood and is expected to be completed by Fall 2021.

This is one of 62 Department of Public Works projects under construction which have been valued at nearly $416 million. At the close of 2020, there will be a total of $585 million worth of Joint Infrastructure projects going out to bid.