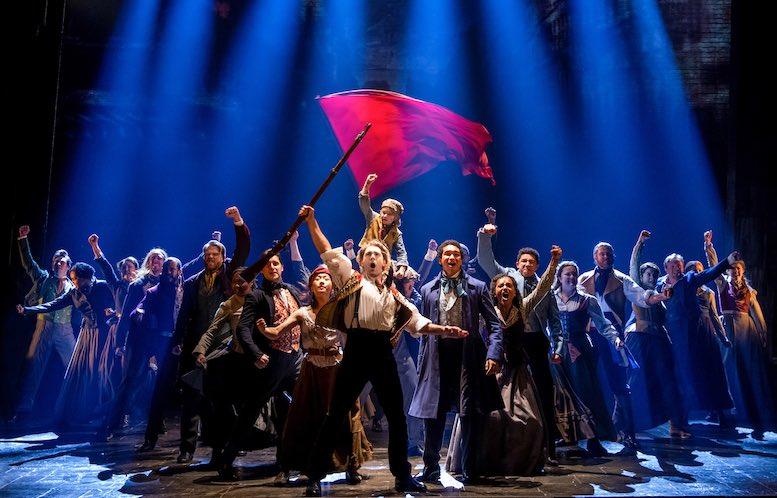 NEW ORLEANS – Broadway in New Orleans, presented by Entergy has announced the 2023 – 2024 schedule of Broadway performances playing at The Saenger Theatre beginning this fall. The upcoming season, which will kick off with the pre-Broadway engagement of A WONDERFUL WORLD in October 2023, and the much-anticipated return of LES MISÉRABLES, also includes stellar performances of MJ, MRS. DOUBTFIRE, MY FAIR LADY, AIN’T TOO PROUD, and CLUE. Season options include WICKED and ANNIE.

“The 2023 – 2024 Broadway in New Orleans Season couldn’t be more suited for our audiences,” said David Skinner, general manager of the Saenger Theatre. “There is a performance for everyone this season, from My Fair Lady to Ain’t Too Proud, our patrons will fall in love with an old classic or a new favorite. We’re especially looking forward to hosting A Wonderful World, which tells the story of Louis Armstrong, a native New Orleanian and musical pioneer.”

The waitlist for the 2023/2024 Broadway in New Orleans presented by Entergy season is currently open. With a $49 deposit, new subscribers can guarantee their tickets for the 2023/2024 Season. A deposit will secure priority access to purchase new 2023/2024 Season Tickets before the general public on sale, subject to seat availability. This deposit will also grant access to the best payment plan options with no additional fee or interest and can then be applied to the package cost at checkout. The deposit also includes a full money-back guarantee if the customer chooses not to purchase.

New subscriptions are expected to go on sale in late March. Prices start at $269 for the seven-show package. A season subscription is the only way to guarantee your seats for the New Orleans premiere of the hit musical MJ. Subscriber prices will vary depending on the show time, day of the week and seating location. Subscriber benefits include access to the best seats available, priority access to additional tickets and ticket exchange privileges. Visit www.broadwayinneworleans.com for more information on signing up for the waitlist.

Current subscribers have until Feb. 24 guarantee their same seats.

Additional information about the venue’s enhanced health and safety measures can be found on the Saenger Theatre website at www.saengernola.com. The health and well-being of audiences, touring productions, staff and all venue personnel remains top priority.

The 2023-2024 Broadway in New Orleans presented by Entergy season includes:

A Broadway-bound new musical about jazz legend and singular American icon Louis Armstrong, starring Tony Award® winner James Monroe Iglehart. Told from the perspective of the women in Armstrong’s life, A Wonderful World charts Armstrong’s journey from the birth of jazz in his native New Orleans through his international stardom, featuring beloved songs recorded and made popular by him.

Conceived by Drama Desk Award winner and Tony Award nominee, Christopher Renshaw (Broadway’s The King and I, Taboo), and novelist Andrew Delaplaine, A Wonderful World has an original book by author Aurin Squire (“This is Us,” “The Good Fight,” “Evil”) and features songs recorded and made popular by Armstrong. Wife and husband team Annastasia Victory (Caroline, or Change, Once on This Island) and Michael O. Mitchell (MJ the Musical, Motown) provide original music, arrangements, orchestrations and music direction. Renshaw directs the production, with choreography by Rickey Tripp (Associate Choreographer for Broadway’s Once on This Island and Choir Boy). Christina Sajous serves as Associate Director and Aurelia Michael as Associate Choreographer.

The music. The moves. The icon. Now, the unparalleled artistry of the greatest entertainer of all time comes to New Orleans as MJ, the multi-Tony Award®-winning new musical centered around the making of the 1992 Dangerous World Tour, begins a tour of its own. Created by Tony Award®-winning Director/Choreographer Christopher Wheeldon and two-time Pulitzer Prize winner Lynn Nottage, MJ goes beyond the singular moves and signature sound of the star, offering a rare look at the creative mind and collaborative spirit that catapulted Michael Jackson into legendary status. MJ is startin’ somethin’ as it makes its New Orleans premiere at the Saenger Theatre in November 2023.

WICKED, the Broadway sensation, looks at what happened in the Land of Oz…but from a different angle.  Long before Dorothy arrives, there is another young woman, born with emerald-green skin—smart, fiery, misunderstood, and possessing an extraordinary talent. When she meets a bubbly blonde who is exceptionally popular, their initial rivalry turns into the unlikeliest of friendships…until the world decides to call one “good,” and the other one “wicked.”

From the first electrifying note to the final breathtaking moment, WICKED—the untold true story of the Witches of Oz—transfixes audiences with its wildly inventive story that USA Today cheers is “a complete triumph! An original musical that will make you laugh, cry, and think.”

From Lincoln Center Theater that brought you The King & I and South Pacific, comes “a sumptuous new production of the most perfect musical of all time” (Entertainment Weekly), Lerner & Loewe’s MY FAIR LADY.  Director Bartlett Sher’s glowing production is “thrilling, glorious and better than it ever was” (New York Times).  “Every so often a revival comes along that reminds you how indispensable great theater can be” (NY1).

Boasting such classic songs as “I Could Have Danced All Night,” “The Rain in Spain,” “Wouldn’t It Be Loverly” and “On the Street Where You Live,” MY FAIR LADY tells the story of Eliza Doolittle, a young Cockney flower seller, and Henry Higgins, a linguistics professor who is determined to transform her into his idea of a “proper lady.”  But who is really being transformed?

Cameron Mackintosh presents the acclaimed production of Boublil and Schönberg’s Tony Award-winning musical phenomenon, LES MISÉRABLES. This brilliant staging has taken the world by storm and has been hailed as “a reborn dream of a production” (Daily Telegraph). Set against the backdrop of 19th century France, tells an enthralling story of broken dreams and unrequited love, passion, sacrifice and redemption – a timeless testament to the survival of the human spirit. The magnificent score of LES MISÉRABLES includes the songs “I Dreamed a Dream,” “On My Own,” “Bring Him Home,” “One Day More” and many more.

AIN’T TOO PROUD – The Life and Times of The Temptations is the electrifying new smash-hit Broadway musical that follows The Temptations’ extraordinary journey from the streets of Detroit to the Rock & Roll Hall of Fame.

Nominated for 12 Tony® Awards and the winner of the 2019 Tony Award for Best Choreography, it’s a thrilling story of brotherhood, family, loyalty, and betrayal during a decade of civil unrest in America. Set to the beat of the group’s treasured hits, including “My Girl,” “Just My Imagination,” “Get Ready,” and “Papa Was a Rolling Stone,” AIN’T TOO PROUD tells the unforgettable story of the legendary quintet that Billboard Magazine named the greatest R&B group of all time.

Holding onto hope when times are tough can take an awful lot of determination, and sometimes, an awful lot of determination comes in a surprisingly small package. Little Orphan Annie has reminded generations of theatergoers that sunshine is always right around the corner, and now the best-loved musical of all time is set to return in a new production – just as you remember it and just when we need it most.

ANNIE, directed by Jenn Thompson, features the iconic book and score, written by Tony Award®-winners Thomas Meehan, Charles Strouse and Martin Charnin. This celebration of family, optimism and the American spirit remains the ultimate cure for all the hard knocks life throws your way.

Everyone’s favorite Scottish nanny is headed to New Orleans in an internationally acclaimed new hit musical critics call “wonderful, heart-warming, and laugh-out-loud funny” (Manchester Evening News) and “a feel-good, family-friendly comedy that delivers” (The Hollywood Reporter). Based on the beloved film and directed by four-time Tony Award® winner Jerry Zaks, MRS. DOUBTFIRE tells the hysterical and heartfelt story of an out-of-work actor who will do anything for his kids. It’s “the lovable, big-hearted musical comedy we need right now,” raves the Chicago Tribune – one that proves we’re better together.

Murder and blackmail are on the menu when six mysterious guests assemble at Boddy Manor for a night they’ll never forget! Was it Mrs. Peacock in the study with the knife? Or was it Colonel Mustard in the library with the wrench? Based on the cult 1985 Paramount movie and inspired by the classic Hasbro board game, CLUE is the ultimate whodunit that will leave you dying of laughter and keep you guessing until the final twist.